It’s taken me four trips to the lower Orange River to fully appreciate what this majestic piece of the earth’s surface truly offers us members of the species homo sapiens, and how puny we seem when faced with space of this magnitude.

A visit to this generally arid and remote part of the Northern Cape Province in South Africa, and the mighty river that runs through it, is in many ways, a life changing experience… 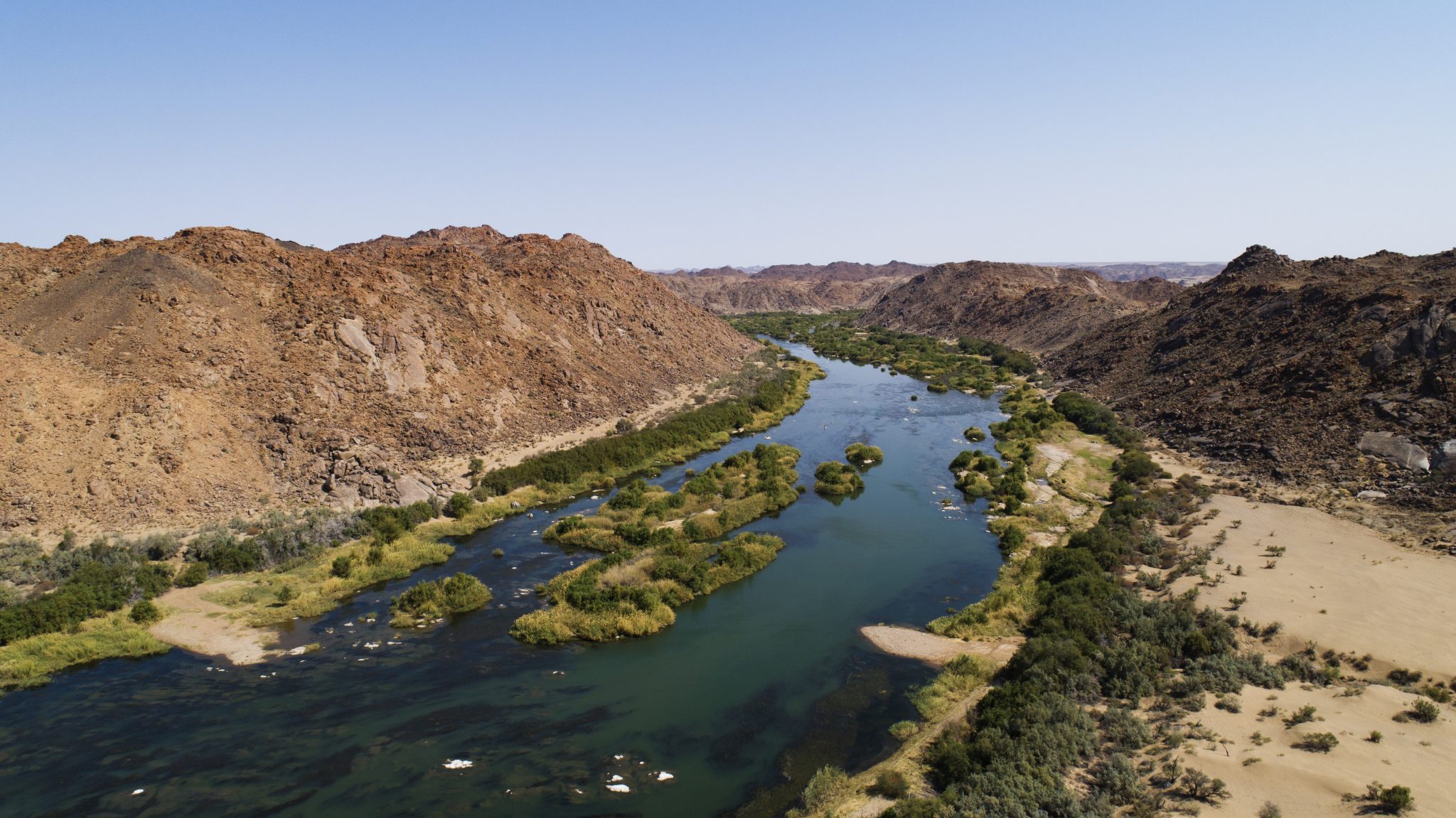 Wide open spaces and a river runs through it.

Firstly, once out on the river below the Augrabies Falls, there is absolutely no wi-fi or cell signal. There, you see, life changing, in a good way.

Then, you will come across no other people on this trip. Nada, zero, not one.

It’s you, your mates and an endless spectacular rocky desert landscape. This would be scary if you were not gently bobbing down a large, drinkable, crystal clean, fish filled river, on an inflatable boat. So basically, it’s umm, life changing.

Gently bobbing down the Orange in search of gold.

Kalahari Outventures (KO), our preferred operator in this area, have the important details down to a fine art after a decade of taking clients into the wilderness. To the point where one can expect to enjoy a bitterly cold beer or G&T with ice at the end of the day on a squeaky clean sandy beach, while the guides erect the tents and begin preparations for simple but delicious meals.

Home for the night.

The breathtaking night skies are reason enough on their own to make this excursion and with no dangerous animals to worry about, one is able to pull a mattress up near the fire and drift off to sleep under a magnificent canopy of endless twinkling stars.

I first did this drift 10 years ago with my whole family, the youngest member being 6 years old at the time. It was one of the happiest holidays we have ever had together, with the memories of that trip still discussed and laughed about to this day. You could say that for all of us it was…you guessed it…life changing!

Our subsequent visits have been fairly focused on fishing the river for the TV shows we produce in that genre, and even in this quest we have never been disappointed.

The water is literally teeming with fish and the experienced guides are available to advise and assist in getting flies in the right place to make sure you land a Smallmouth Yellowfish. This indigenous species is remarkably powerful once hooked and they will provide hours of fun to those who enjoy catch and release angling. 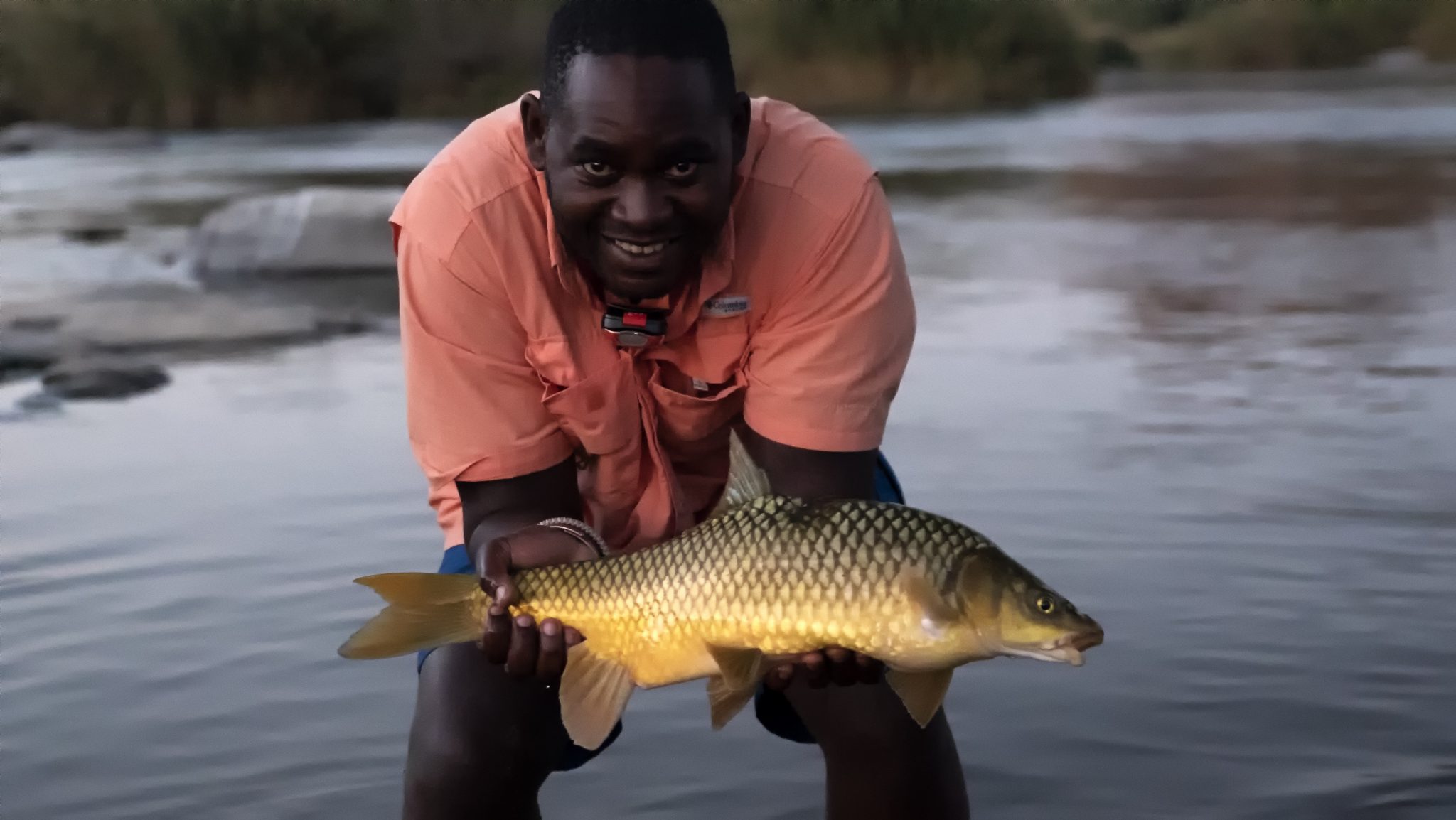 Brian with his first Smallmouth Yellowfish.

More recently, Craig Eksteen, the owner of KO, and his friends have “unlocked” the mystery of the Largemouth Yellowfish and it’s now possible to pursue this apex predator with a reasonable chance of success. Slow growing, to well over 20 pounds, these magnificent beasts cruise the deeper sections of water and can be targeted with fast sinking lines and flies. The area below Augrabies Falls has been declared a conservancy and now only catch and release fishing is practiced there. 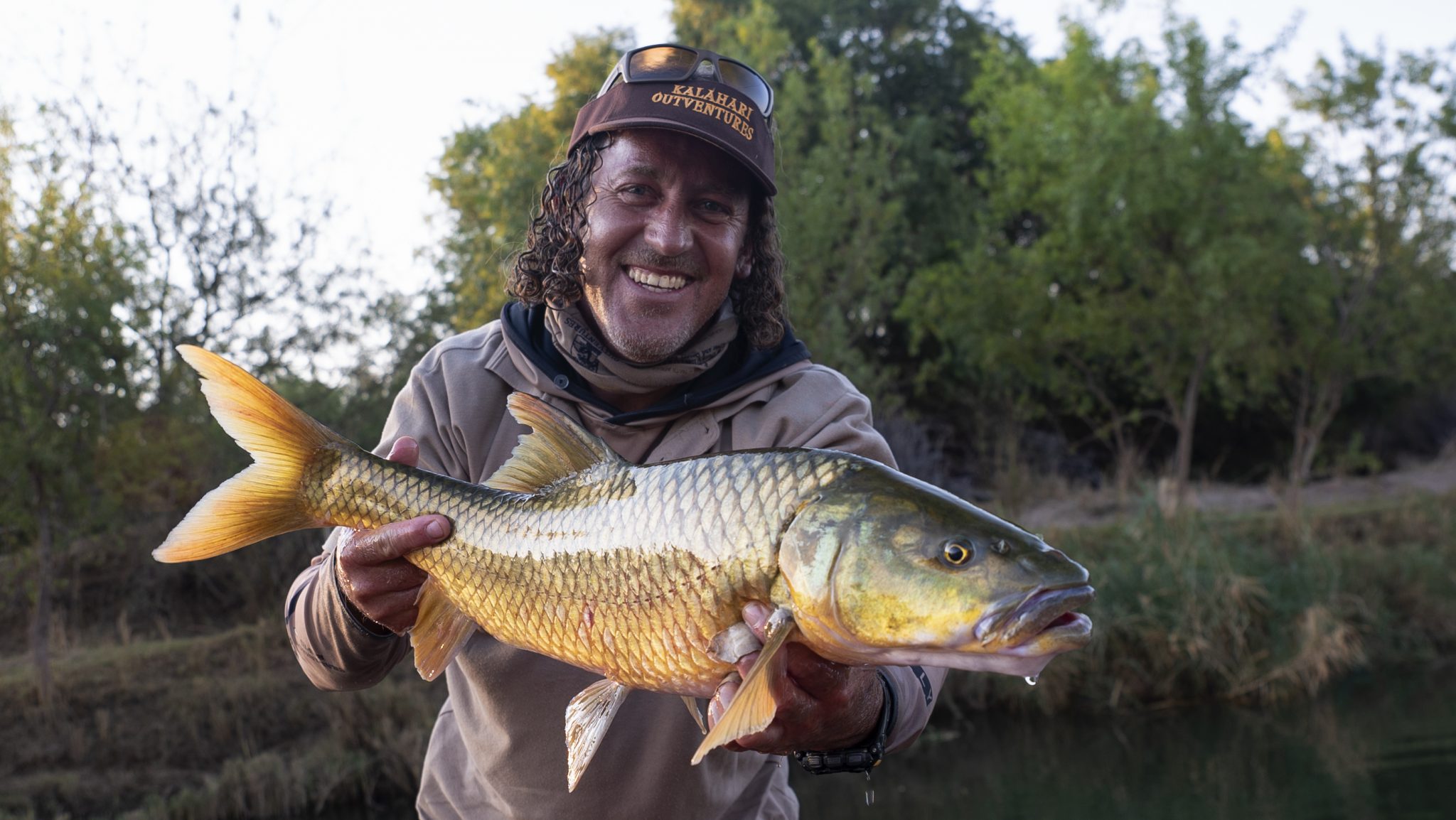 A Happy Craig Eksteen with a beaut Largemouth.

Time was not on our side when we planned our last trip there, so we chose to fly to Upington on Airlink (daily flights), saving at least a couple of days of driving.

A comfortable two hour transfer to the town of Augrabies, with a well-stocked cold box, and an overnight at the splendid Tutwa Lodge saw us in fine fettle for our river foray. 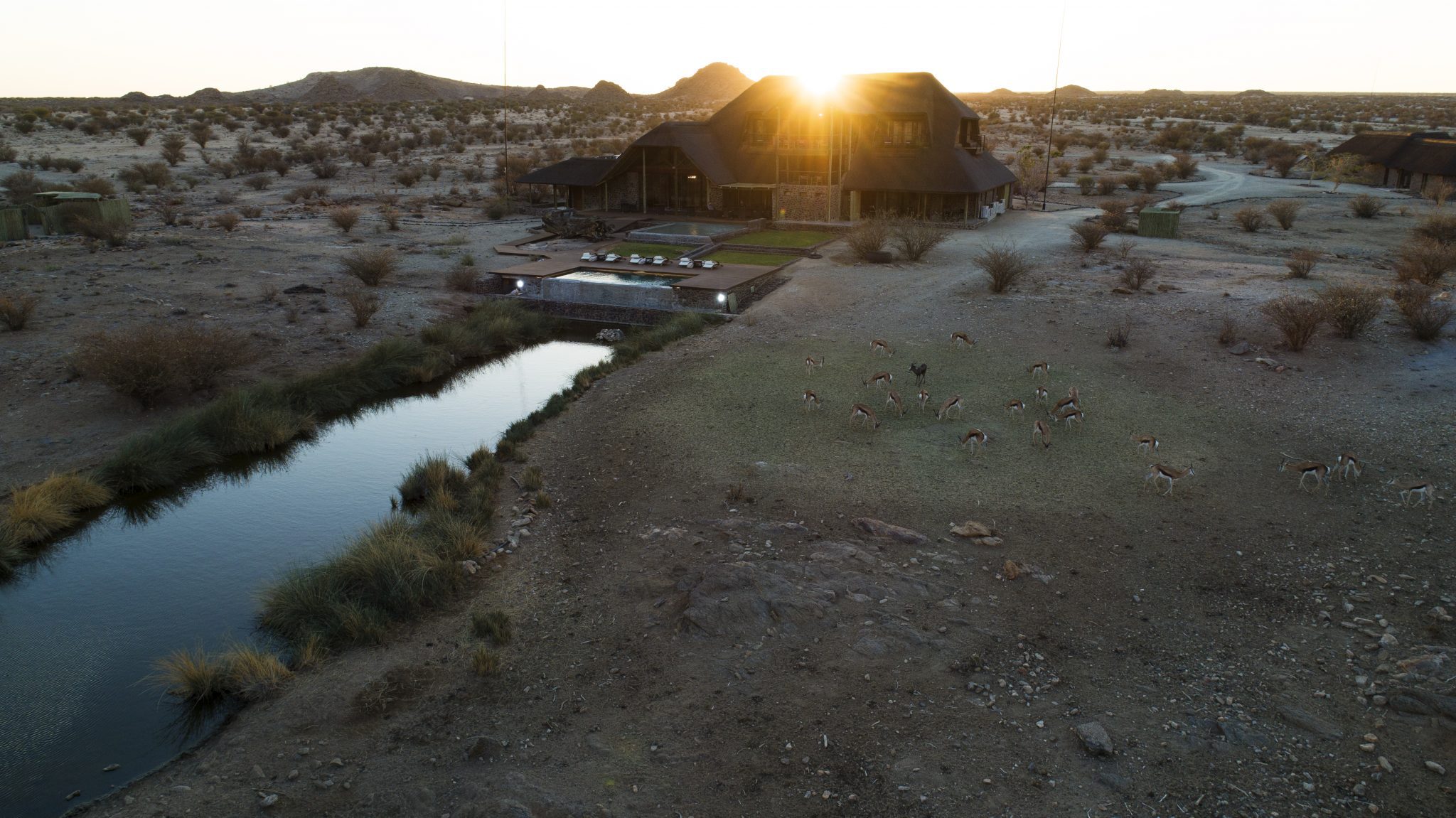 Tutwa Lodge at sun up.

But you don’t have to fish to enjoy a sojourn to this beautiful area, or a rafting trip down the river.  A visit to the Augrabies Falls, wine and brandy tasting at the many wineries, great lodges and restaurants (try the succulent Karoo lamb) and friendly locals, all add up to a unique tourism experience.

Should you choose the rafting option though, all I can say is… be ready for a truly life changing experience! 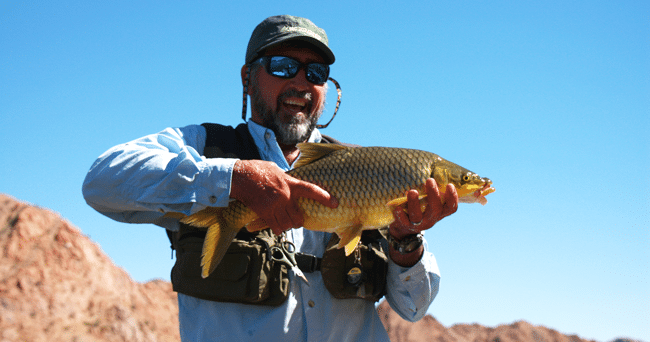