Bureaucrats in possession of a little power are not to be challenged and I really should know better. But in todays digital age, travelling on a valid passport and to be blocked at immigration just because there’s not enough space to rubber stamp defies rationale. This was my first obstacle in getting to fish in Northern Zambia, which by re-routing via Jhb I managed to overcome.

The second was as unbelievable as it was hair raising.

After enjoying our evening meal at Nkamba Bay, perched on the hillside over looking the fishing grounds that lay in wait, I sauntered back to my room. The shrieking of what I thought were Baboon on the roof didn’t alarm me, but the shaking sundeck underfoot and sudden thundering noise confused my slightly dull senses and the sight of giant Warthog baring down on me had my flight mode on autopilot. 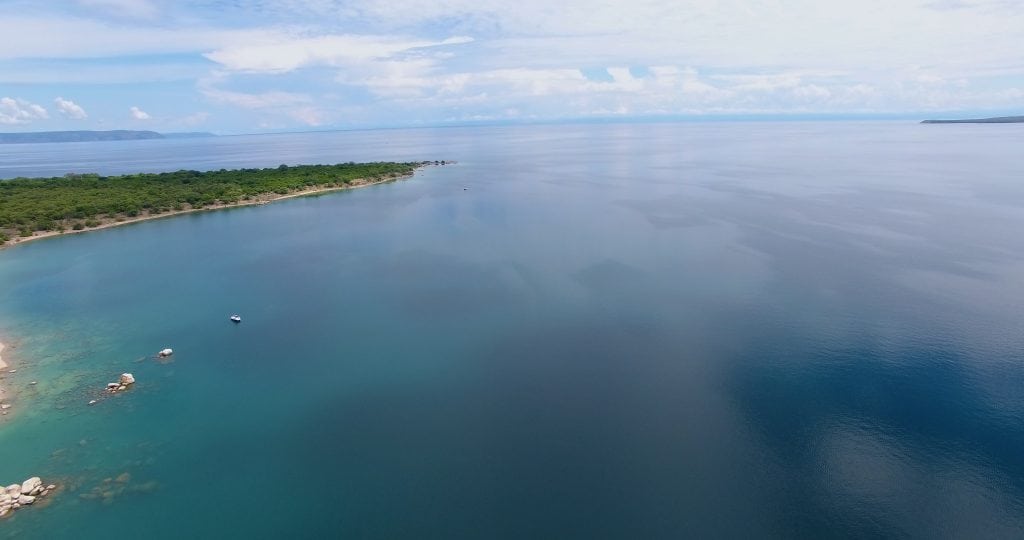 You don’t expect to find two Tons of charging Hippo, 50ft up on a sundeck overlooking a lake, so understandably I was running before I had processed the information. The screams from everyone at the dinner table fueled my panic stricken stride and I very nearly soiled the trail I was blazing. My salvation lay in a flimsy bush behind which was a light-post. Not wanting my final inglorious moments to be the surprise of carving incisors from behind, I pirouetted around the pole in what the audience later agreed could have me gracing the stage of any sleazy strip club on the continent.

10 meters away two bull Hippos were engaged in a bloody battle for mating rights…totally ignoring my Flashdance impersonation. Had I left the table 30 seconds earlier, my epitaph would been an amusing anecdote. Seeing up far too close and personal the damage that this beast can inflict and the breathtaking speed at which it all happened had my senses on full alert for the rest of our adventure.
Exploring a lake that is millions of years old, forged by tectonic upheaval is challenging, especially when this particular fissure drops to a depth of nearly a mile.You could be forgiven for thinking you were on a tropical island as the sun presents the colour of the water. The clarity is staggering and the sheer depth of vision skews perception. 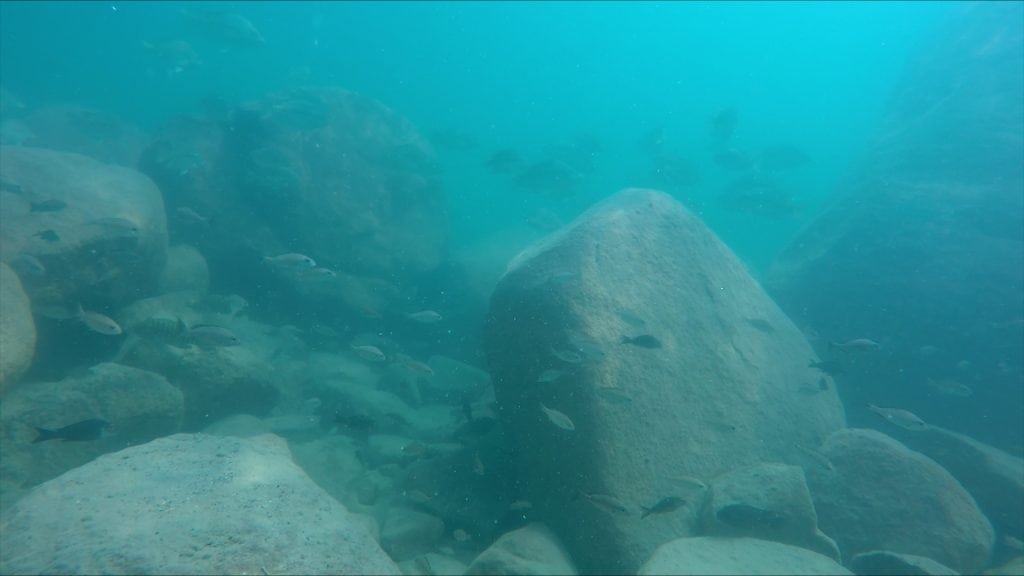 It happens to be the world’s longest lake and with just under 33 thousand square kilometers of water to fathom, how on earth do you find the fish? But at an average water temperature of 25 celcius, life thrives in kaleidoscope and Lake Tanganyika is home to an incredible 400 species of fish. 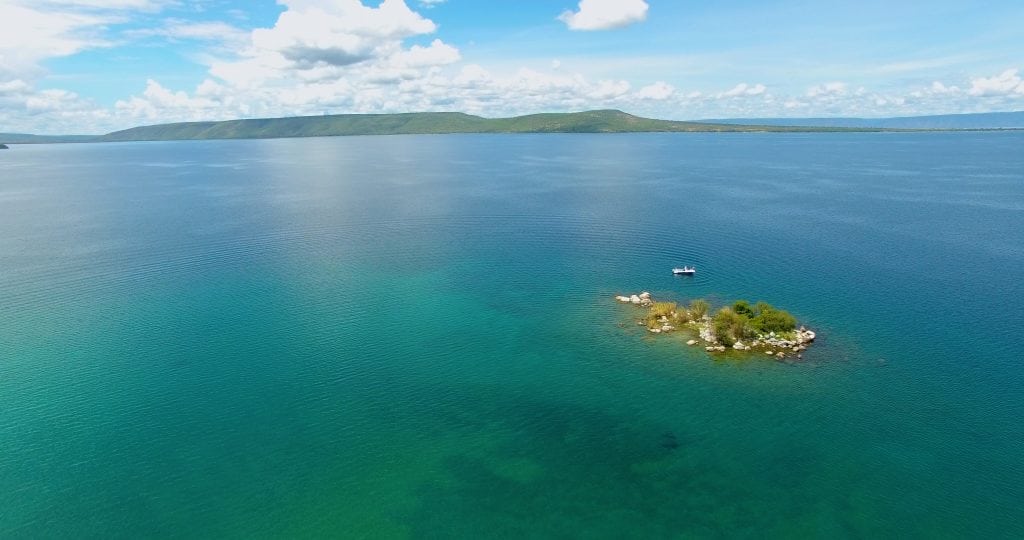 It’s as a confusing fishery as you’re likely to find on our planet with it’s inhabitants largely unknown except to ichthyologists…..so we stopped guessing at the identity of the juveniles and stripped deeper water, to tempt the bigger predators.

Jeremy hadn’t even got into rhythm, when the grandaddy of the Lates family decided to test his resolve. 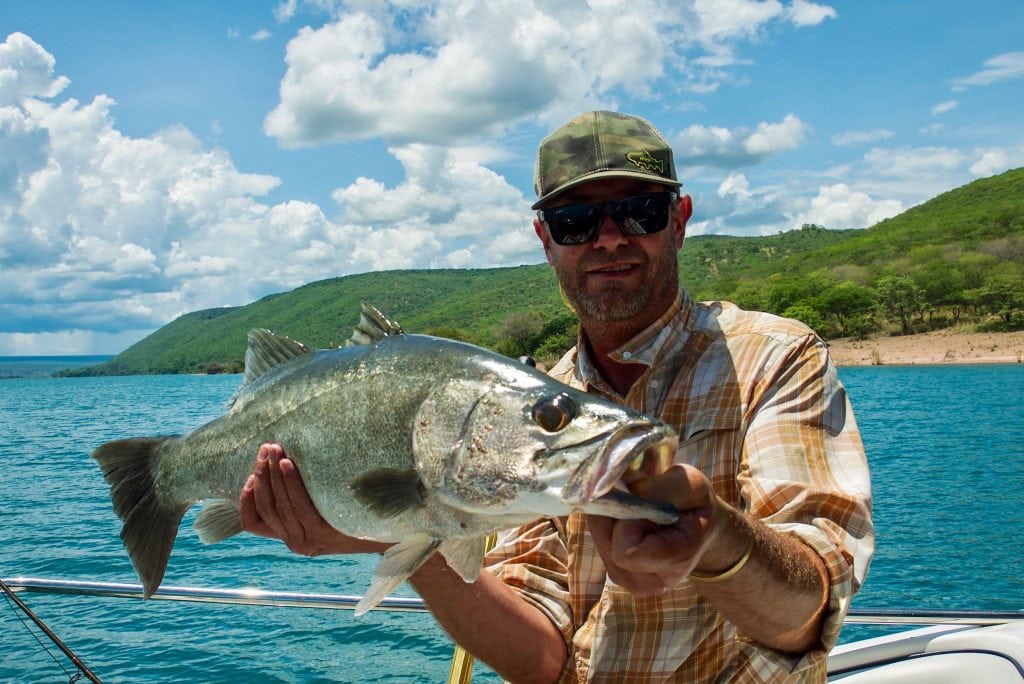 You’re sight fishing at a depth of 6 meters, and wind permitting, seeing every nook and cranny of the underwater shelves…it is guaranteed to ignite idle fly fishing minds. I readily took up the gauntlet and put my ridiculed patterns to the test, which didn’t have to wait too long for some attention from one of the most prolific species in these ancient waters.

The Nkupi is the King of all Chiclids, growing larger than it’s cousin the Peacock Bass and it displays all of the worthy fighting characteristics that it’s renowned for.
Targeting any fish on the surface is trumps, which is usually reserved for low light conditions and Jer’s popping action soon had patrolling fish hopping.The Nkupi or Emporer Chiclid is not a shy specimen and similar to kingfish will go out of it’s way to chase down the action

This lake is the proverbial lucky packet, you’re  never really sure what you’ve got tugging on your line until it comes into view. Not knowing what you’ve got rivals the expectation on a blind date…but it can also mirror the disappointment, as the chiclids will snack on flies half their body size 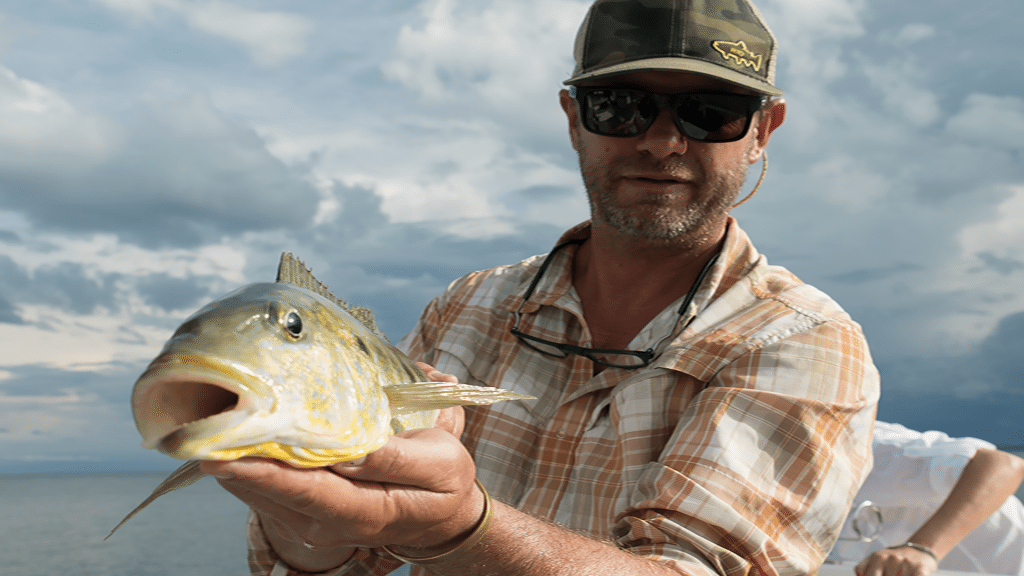 Fishing without trace wire, in system that houses the Goliath Tiger fish is a little like practicing unsafe sex……no matter how slim the chances are, it’s can all end in tears. As Jeremy found out, courtesy of the African Tiger fish that also inhabits this water

Once bitten………so, we strapped up and started to strip like our next meal depended on it. You expect to lose tigers due to their hard palette, not that it was any easier to swallow when the next 3 sorted us out. Being such an elusive fish in the depths of this fresh sea of water, I felt very lucky to eventually have one stick.

Over the next couple of days, we were torn between enjoying the frequent smaller Nkupi action in the shallow water versus trying to dredge for a big Perch. Storm clouds continually brewed and it blew in from every direction, making for difficult drifts. Despite the tumultuous weather, everyday enjoyed some sun and we managed to notch up a few fish, but we certainly worked for them.
The Last day of any fishing trip is as predictable as it is surprising. The shock of the last few fishing hours left is overcome by fierce resolution, bolstering your conviction that the big one awaits.

Jeremy was by this stage in the zone, slowly drawing his line up over the sandy substrate when the words I had been waiting to hear were tersely uttered….’Good Fish!’

There’s something about seeing a good fish landed that puts a little spark in your application and injects some venom into your cast.

Reigning in my impatience I was to follow suit, albeit in a smaller weight category. 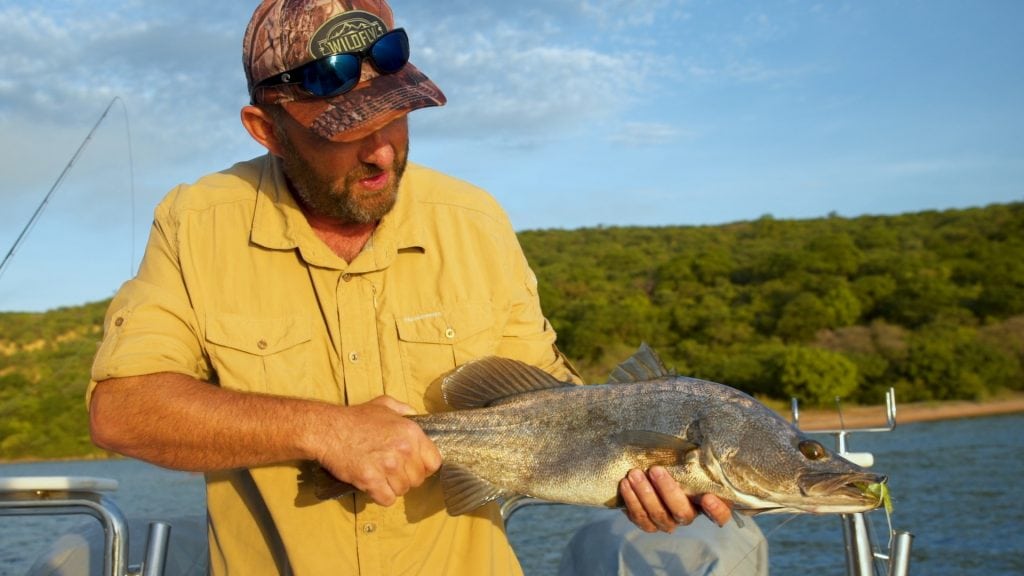 Having such diverse fishing in a single lake is remarkable and in this fresh water sanctuary of Nkamba Bay and the Nsumbu National Park, you rarely see another single soul when exploring this beautiful wilderness area. It’s not for the feint hearted on fly but it’s an absolute jewel and a fishing resource that needs to be protected by all recreational anglers.