I Met the GT’s of Farquhar 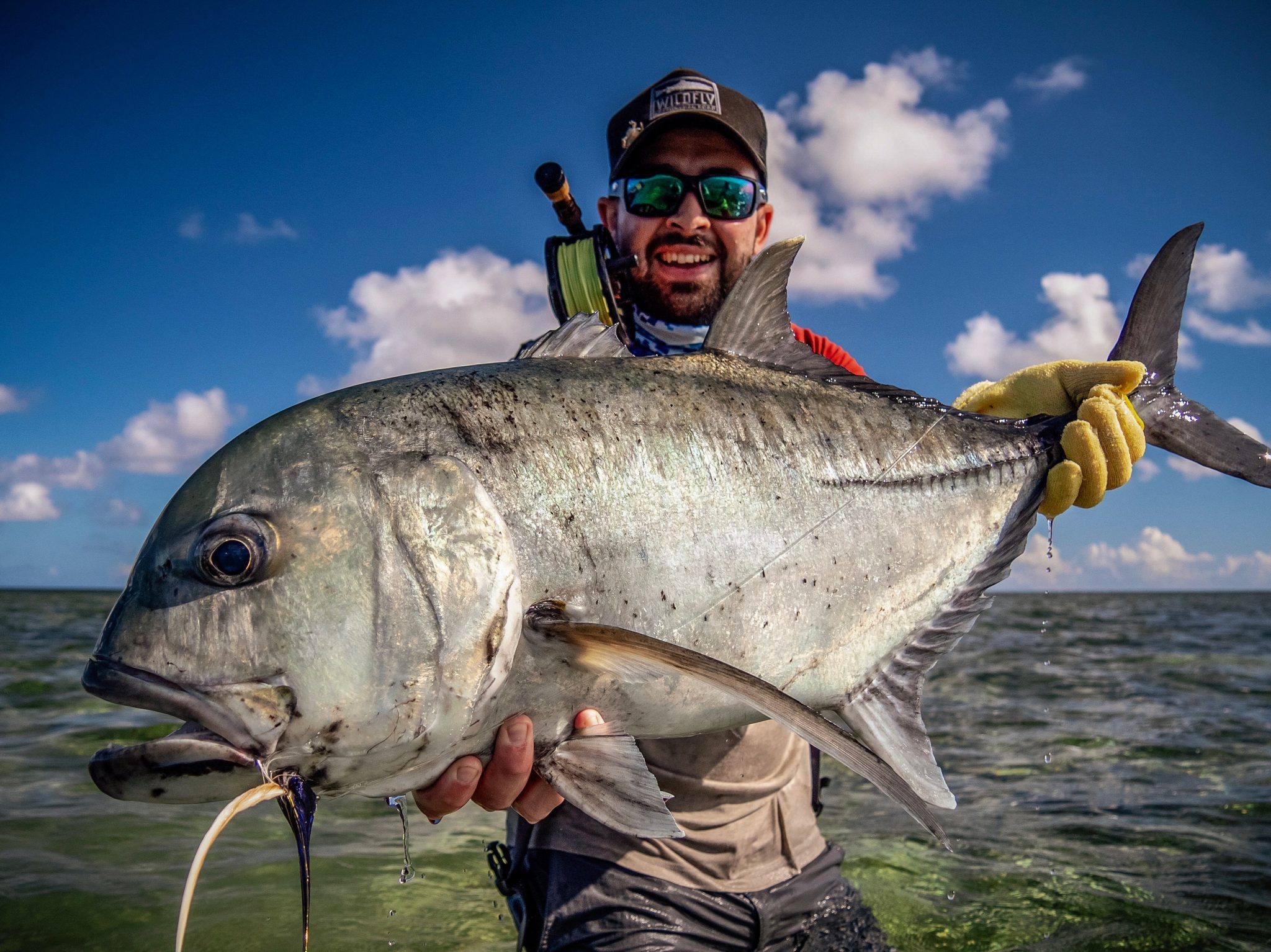 We all know or have met someone who ranks somewhere on the alphabet of the “celebrity” scale and all of us, even the ones who deny it, will drop name at some point about these chance encounters.

“Did I ever tell you about the time I had dops with the Mummy…? You know, that Saffa Hollywood actor Arnold Vosloo?” Or… “You know I bumped into Derek Watts at the airport once, hell of a lekker oke”. 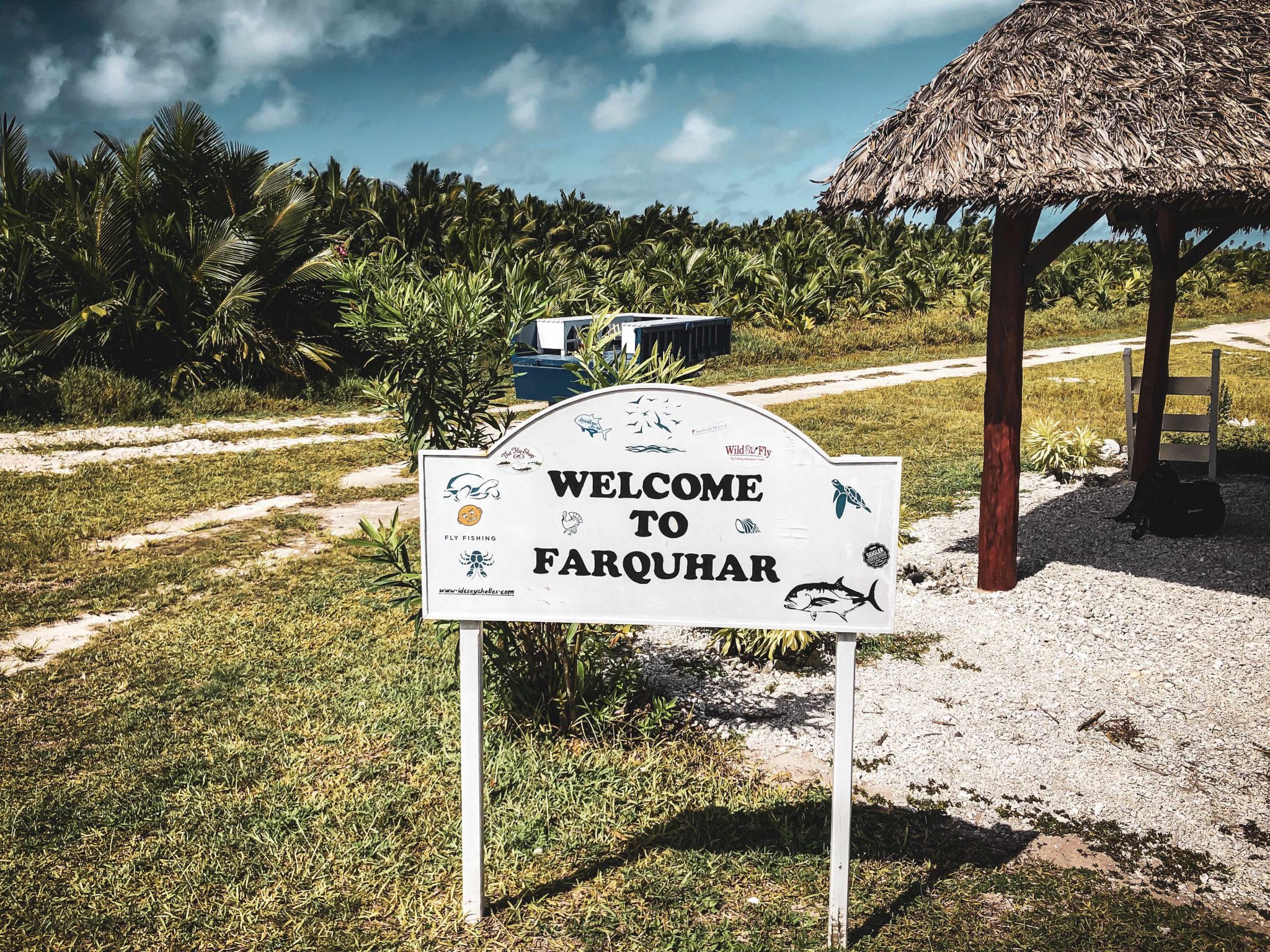 Like most, I have my own “I know a celebrity” stories, and I admit after a few in the pub I’ve dropped their names in casual conversation before. For a year I lived down the hall from Springbok flyhalf Elton Jantjies, in Dromedaris men’s res at the University of Johannesburg. He was still a baby bok when I met him, and I knew him as “Twinsaver”, he might have washed my dishes once or twice.

I also guided protea legends Jonty Rhodes and Lance “Zulu” Klusener into some trout at Engeleni Farm in the KZN midlands, we had a braai shared some whiskeys and I washed their dishes when we were done.

My most memorable celebrity encounter happened on a lonely Atoll in the middle of the Indian Ocean, 10 degrees south of the Equator.

It was where I met and spent some quality time with the GT’s of Farquhar Island. Now before you call me out on how the hell I arrived at the conclusion that a fish qualifies as a celebrity and that I’m squeezing this angle for all it’s worth, let me explain. 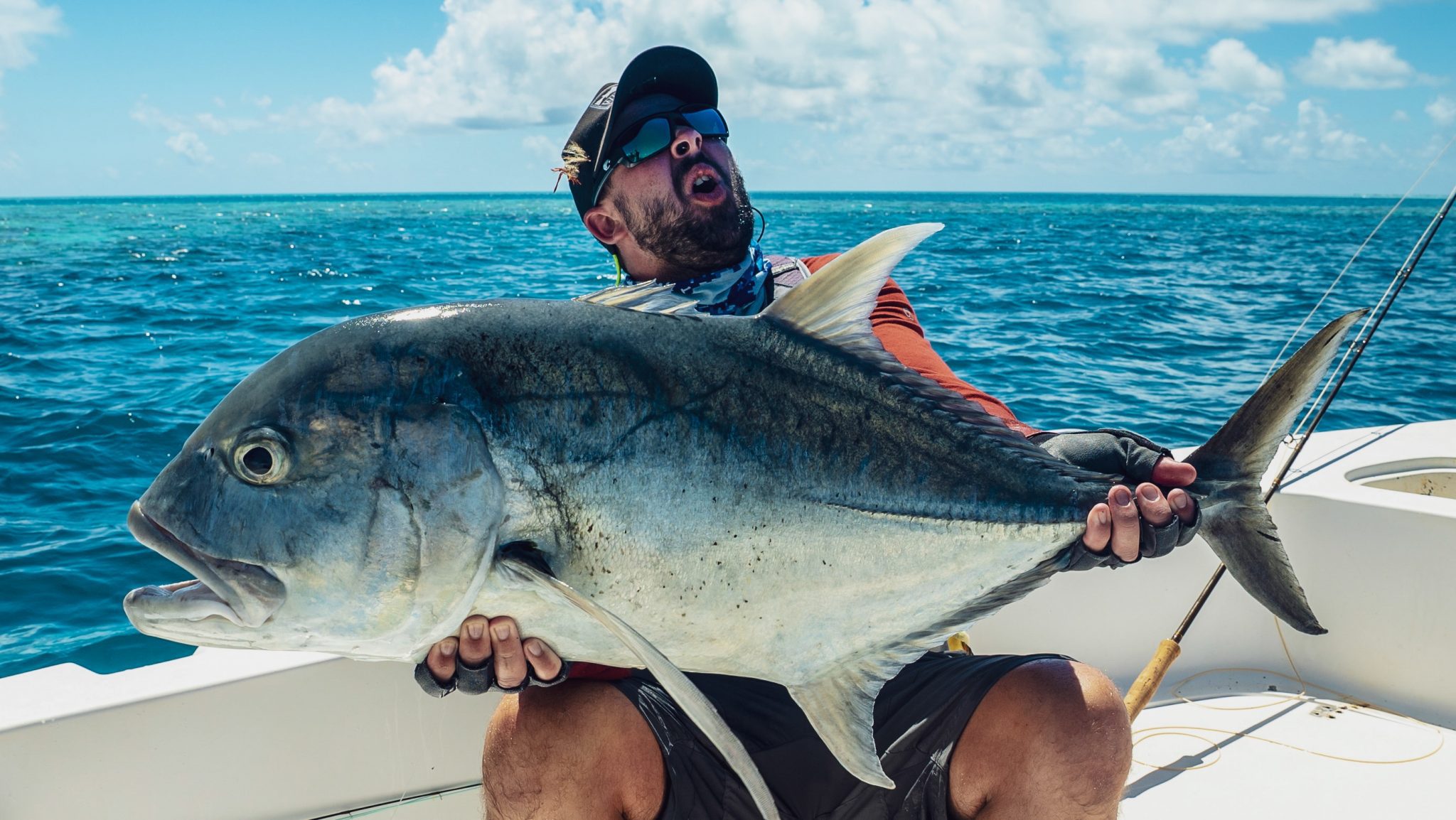 The Giant Trevally who inhabit the waters of Farquhar Atoll really are world-famous and, in my eyes, way more interesting than any Jenner/Kardashian sister. These GT’s were the stars of Attenborough’s BBC series, Blue Planet II as the bird-eating fish of the Seychelles.

Gangs of GT’s congregating in an area to feed on the unsuspecting victims flying overhead. Scenes of vicious and calculated attacks in 4k slow motion as the Geets leapt from their own aquatic world into ours to grab a mouth full of feathers and flesh, their awe-inspiring power and intelligence on full display, narrated and detailed by the soothing sound of sir David himself.

It really was nature documentary at its finest and not only captured television audiences but did the rounds on social media. Over 5 million views on YouTube, twice as much on Facebook and who knows how many times it was sent on with messaging platforms like WhatsApp.

The clip had gone viral, and at that point, Giant Trevally was the most talked-about fish species on the planet, can you say hashtag bloody #trending!? 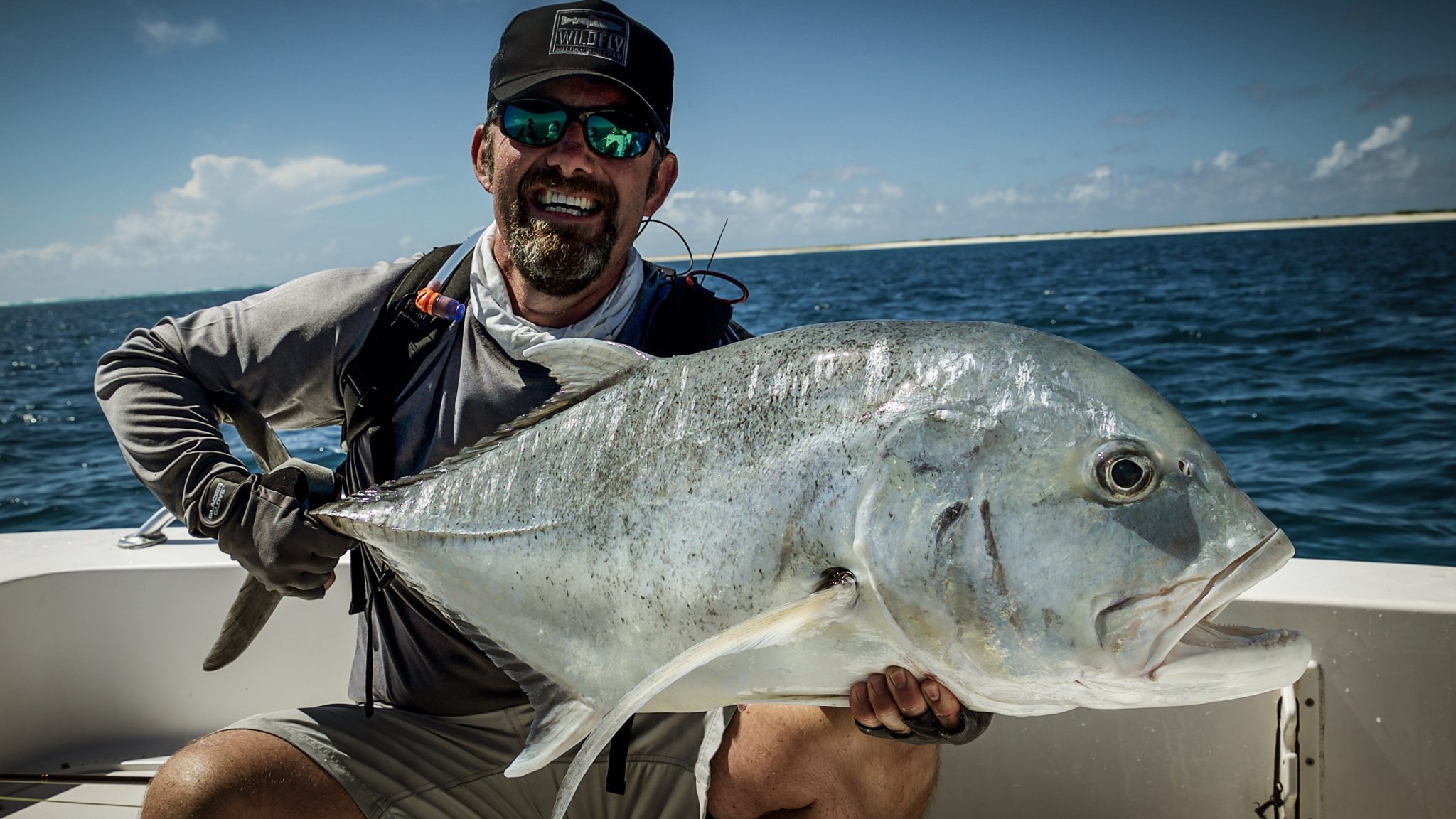 I met the GT’s of Farquhar, and they lived up to their reputation. It was off Goelette Island the most southern tip of the Atoll where we bumped into them. Birds were diving on bait balls, and underneath them, the GT’s were feasting.

Massive eruptions and splashes, GT’s jumping clear out of the water. When we got closer to the action we realized what was happening, the packs of Geets feeding on the bait would leap out of the water to grab the birds if they flew too close.

It was a feeding frenzy, unlike anything I have experienced.

As soon as your fly hit the water fish would come charging, shouldering each other out of the way trying to get there first. They were big ones and let’s just say we weren’t ready for them.

A couple fly lines shredded in the coral and a rod section or three flying overboard we eventually started landing some.

We spent the entire day drifting around bait balls with birds overhead and monsters below, the irony was that we were filming a television show and for the first time in my short career as a fishing presenter, it actually felt like I was on a TV show.

I think I even made the comment that this does not happen in real life…? 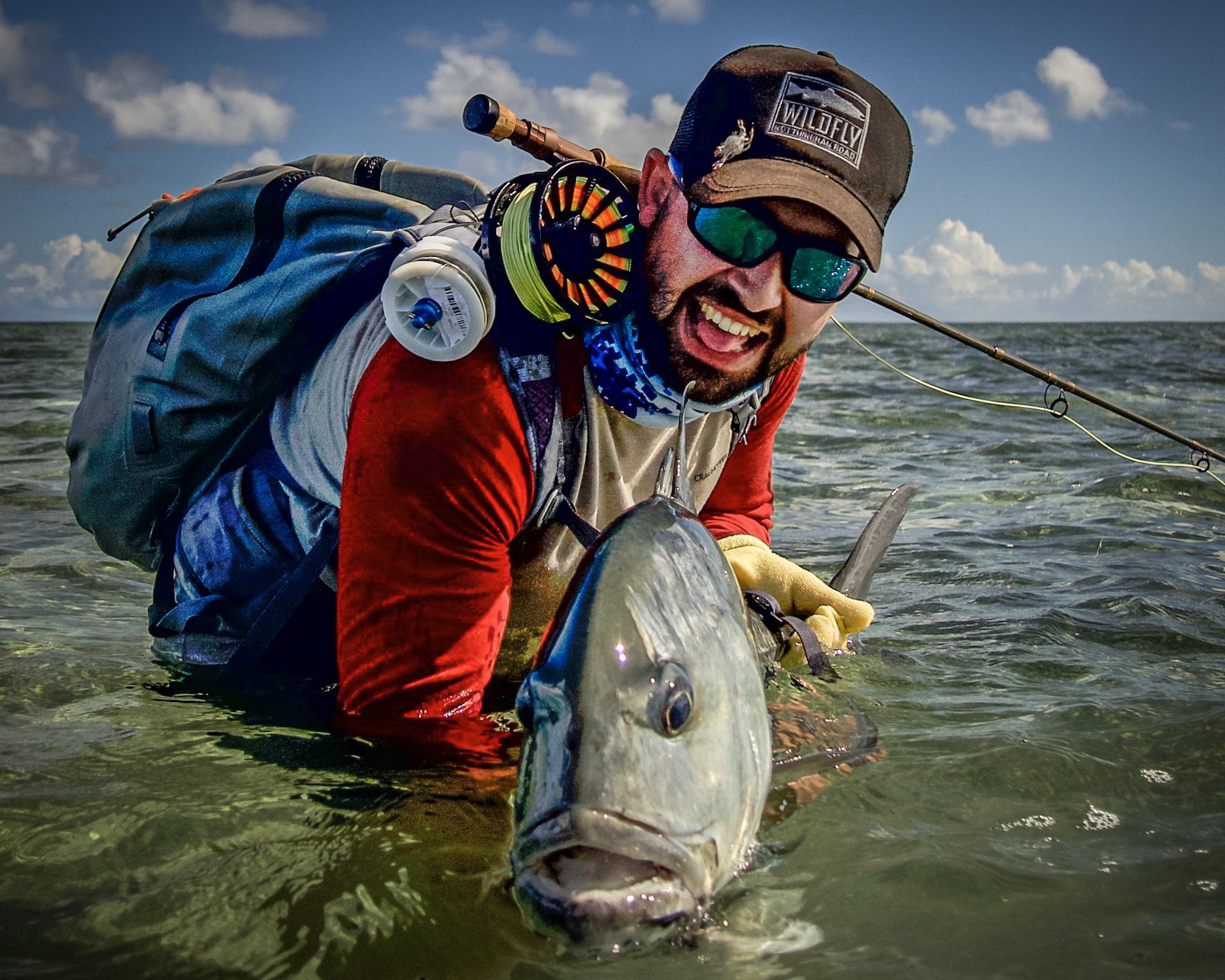 After the dust had settled, our crew sat down and looked at each other, bruised, battered and a little dehydrated we couldn’t hold back the grins.

We realized that we had witnessed something truly spectacular and all agreed it would undoubtedly go down as one of the best filming moments of our careers.

I met the GT’s of Farquhar, heck I had front row seats and a back-stage pass. We laughed and had fun, took a few pictures together and said goodbye. I can tell you they were moerse lekker okes!

It’s difficult to put into words what we saw that day fishing on Farquhar atoll, but luckily we caught some of it on camera and it will be airing on one of the WildFly Fishing Series episodes in the near future so stay tuned to their social media pages for the announcement.