There is arguably only one place in the world where the boundaries of four countries meet.

This “quadripoint” includes Namibia, Botswana, Zambia and Zimbabwe and occurs at the confluence of the Chobe and Zambezi Rivers.

This would then potentially make it possible, for example, to catch a Tiger fish in four countries in one afternoon without getting off the boat.

Anyone keen to give that a go? 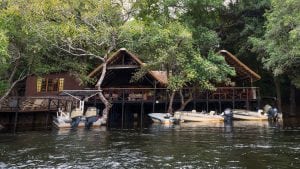 Of course wherever boundaries occur in rivers there is the potential for conflict.

On the Botswana side of the river lies the Chobe National Park teeming with game of every description. There is no fencing to stop these animals moving freely through the rivers and onto the islands between countries. Although the game is not hampered or exploited within view of the various tourism establishments in this area, should they cross into Zambia their visit may well be short lived. But it seems they have worked this out themselves if the barren cattle lined banks of that country are any indication. 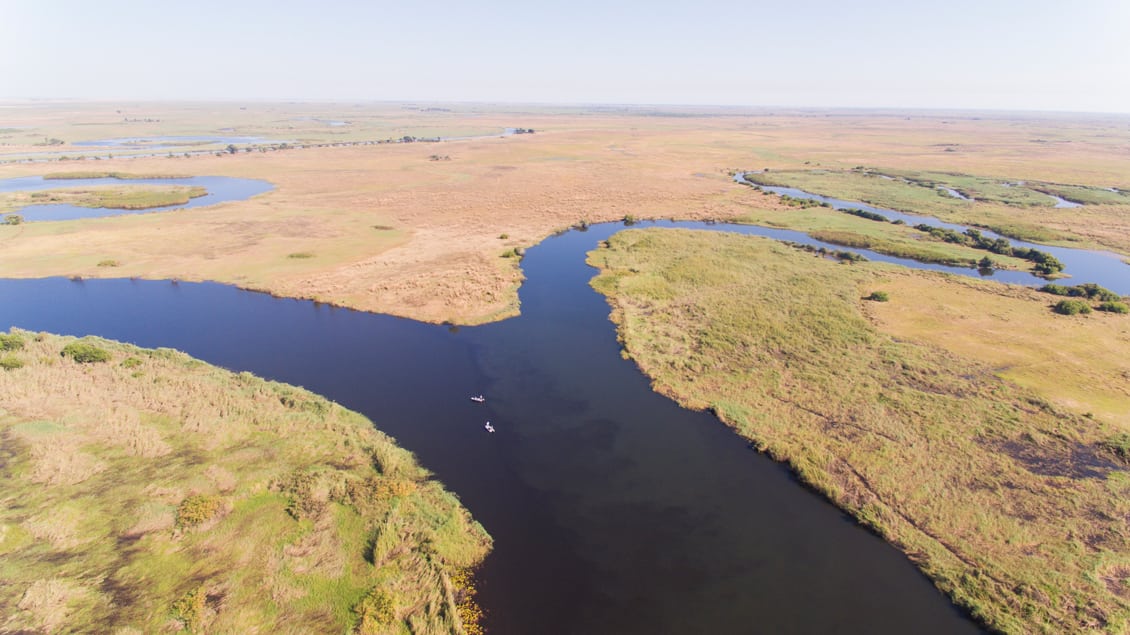 Impalila Island, just a stone’s throw from Kasane (Botswana) “belongs” to Namibia and is the ideal base from which to fish this area. It’s less built up and touristy than Kasane itself, with only three luxury lodges perched far apart on this large piece of land.

Ichingo Chobe River Lodge is nestled there among huge shady trees overlooking fast flowing rapids which are not easy to navigate or set nets in and thus tend to produce larger specimens of Tiger fish year round, as well quiet solitude. 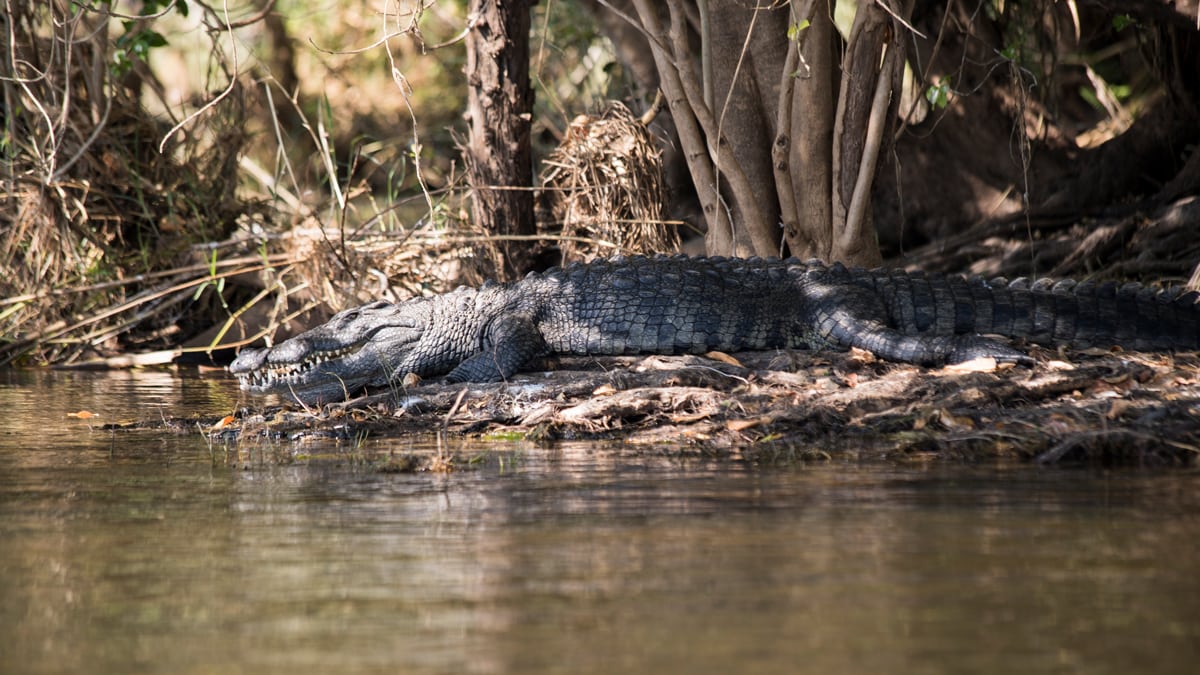 The Lodge was the brainchild and home of the late Ralph Oxenham who was legendary in these parts, as much for his tenacity and acerbic wit, as for his love of fishing. The guides too are passionate about the area as a whole, but have an inherited affinity with those in search of fish. Be that as it may, this is a destination where a non- fishing family could happily spend a few days of idyllic holiday. Picnics on the island sand, game walks, drives and cruises, day visits to Victoria Falls, or simply lolling by the sparkling pool are all options, handled by the management and staff professionally and with a smile. The accommodation is in large comfortable en suite safari tents with mosquito nets, air-conditioning and overhead fans.

The western boundary of the island is called the Kasai Channel, a large body of water which joins the Chobe and Zambezi Rivers and is home to an annual mini Barbel Run, normally in late June or July. At this time of year large schools of these remarkable catfish move into the channel and feed on smaller baitfish, often chasing them from the shallows into slightly deeper water where the voracious Tigers are waiting to snap them up. Flocks of noisy water birds move with the feeding fish, settling briefly on the overhanging papyrus and pouncing on any left -over morsels, and are therefore a good indication of where to cast a line for the hungry Tigers.

But fishing is only one aspect of interest here. As mentioned, the Chobe National Park is a pleasant afternoon sundowner cruise from Impalila and there is something particularly splendid about drifting within meters of drinking herds of Elephant and Buffalo, or a family of frolicking Baboons on an outing. The animals seem less threatened by waterborne humans than those in smoky Land Cruisers. Pods of Hippo grunt and giggle while the stealthy Crocodiles eye one hungrily from their watery world. 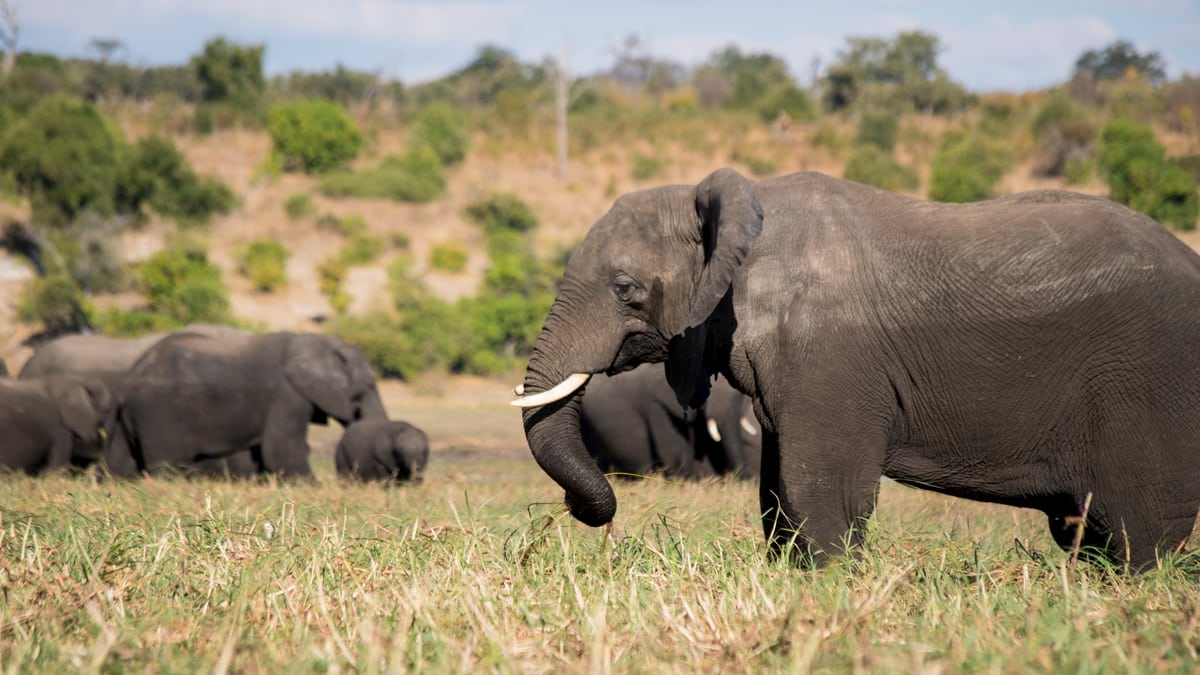 Chobe itself could not be described as a remote African experience, there are simply too many tourists in this area for that. Given that the glorious Victoria Falls are only an hour’s drive downriver, this is not surprising. However, its easy accessibility both by road and air mean that it is a reasonably priced option for visiting and fishing the Zambezi conveniently and in comfort.

In fact, using Airlinks daily direct flight from Jhb to Kasane can have you from the morning traffic in Sandton to your first cast after lunch.

So what are you waiting for?