Tigerfish are fairly easy to catch, aren’t they…? Television programs and viral videos always paint the picture of Tigerfish feeding constantly, aggressive and hungry all the time and eating anything and everything that dares cross their path. This is what I used to think until I got my first taste of the “Tiger Blues”

So the truth is, tigers don’t feed constantly and they don’t eat anything and everything that crosses their path, in fact, most of the time they are fickle little bastards who would rather just chill in their little hole than eat any of your synthetic manmade offerings.

Tigerfish have a habit of “switching on” and “switching off”. Like most predatory fish they won’t constantly feed and hunt but rather conserve their energy and wait for the most opportune moment where the conditions are right and they can get the most out of the feeding period. This is not to say that a Tigerfish will not react to an easy meal swimming past at any given time of the day, but trust me when I say, you will know the difference between an active feeding period and a lazy period. 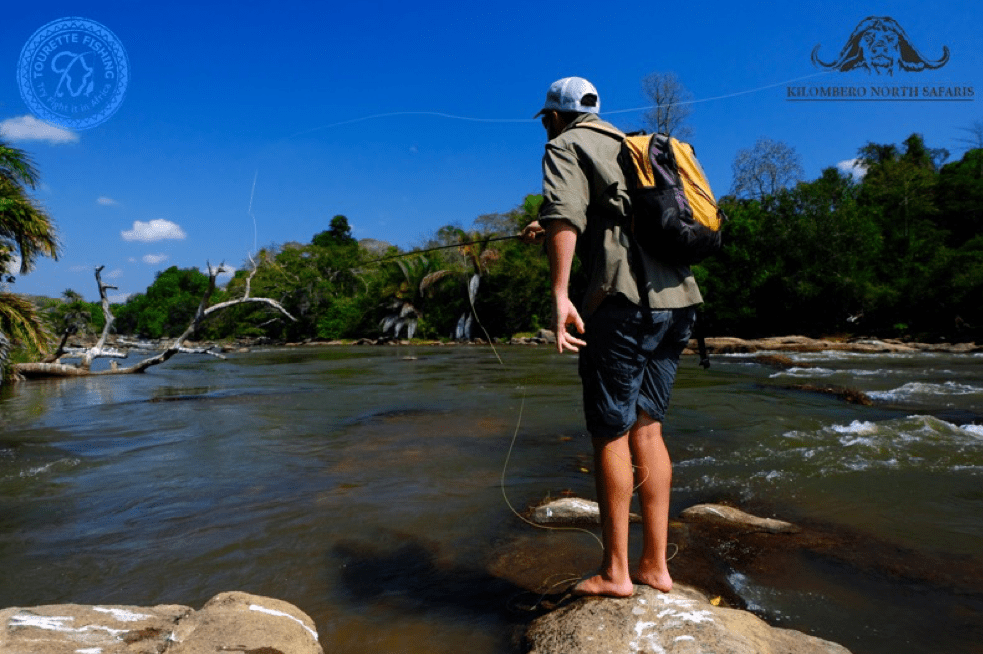 Kasinga Rapids on the Mnyera River

Sometimes the smallest change in weather or river conditions can be the trigger for Tigers to start eating, the trick is, it’s hard to be in the right place at the exact right time to capitalize on the frenzy. The best advice I have ever been given on Tigerfish is to just keep casting even when you aren’t getting as much as a nibble, just keep hitting your targets, at some point something will eat.

On a recent filming trip for the WildFly Fishing Series to Tanzania with Kilombero North Safaris, I came down with one of the worst cases of “Tiger Blues”. Guys who have fished for Tigers when it’s really tough will know what I’m talking about here. I had spent the whole day casting on the Mnyera river not having landed a single fish. Bites were few and far between and the ones that did eat the fly I managed to screw-up with a perfectly executed trout strike. I was a broken man, drained both physically and mentally. 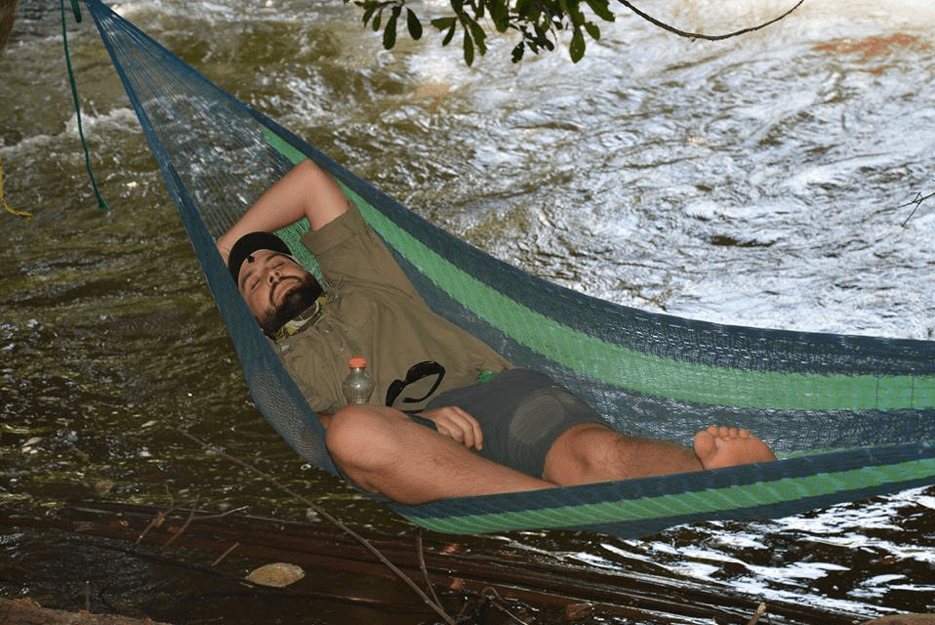 Coming down with a bad case of Tiger Blues

Craig Thomassen who was with me on this particular trip could see the agony on my face and quickly intervened with a well-timed “Tommo talk”. He told me to think of it as a slot machine at a casino and I’m playing with an endless amount of coins. Every cast is a coin into the machine and the only time I don’t have a chance of winning is when I stop inserting coins, and at some point, you are going to hit a jackpot.

The African sun was calling last rounds on the Mnyera and still, I was fishless. My guide Johan Du Preez from Tourette Fishing was trying his best to keep me motivated literally squeezing out the last couple of casts I had in me. He set me up to fish towards a large piece of timber in a deep channel, it was nothing special in terms of structure, in fact, the Mnyera is littered with identical targets all over the place, but I placed my bets and made the cast as tight as possible into the structure. The result of that one cast late in the day yielded the biggest Tigerfish I have ever landed in my life, weighing in at a whopping 22 pounds, I had undoubtedly hit the jackpot. 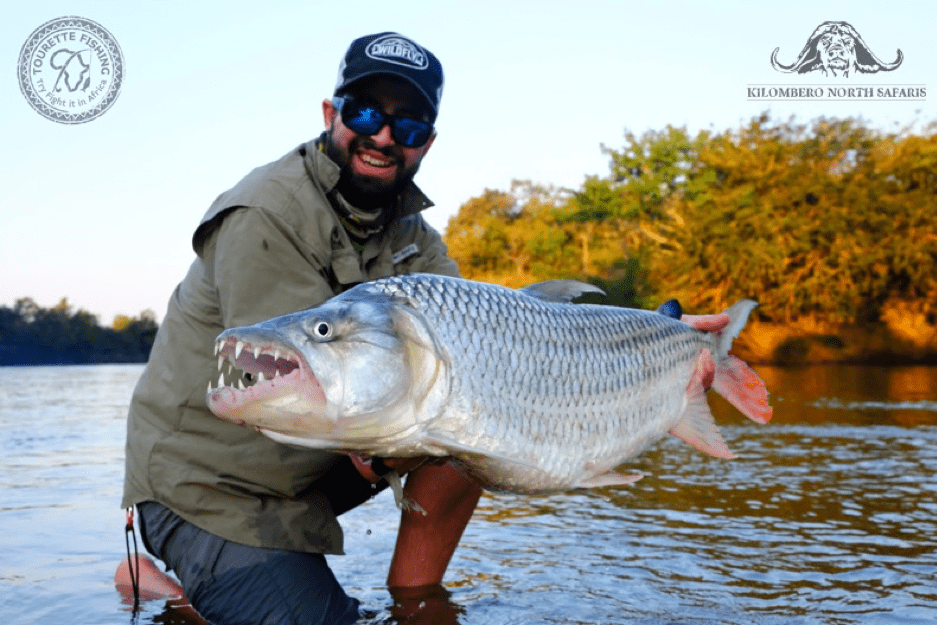 The Jackpot, a 22lb Tanzanian Tigerfish

The rest of the trip we managed to get a few good double figure tigers, the ones the Mnyera is renowned for, but nothing came close to the one that I caught on that day, one fish for the whole day on the very last cast and she will be the one I remember for the rest of my life.